4 True Stories from My SAT Experience

Like many other things in life, the SAT doesn’t treat everyone equally. On one hand, you had Jordan from the year before who scored a 2380 on his first and only go while delirious with a fever. On the other hand, you had Alice, who carried a box of vocab flashcards and three prep books around with her but still couldn’t seem to get the scores she wanted in the end.

And the Internet made it all the worse; everyone ranging from Jordan to Alice thought they knew what they’re talking about when it came to the test, and eventually you get tired of reading through walls of text and forum threads and mysteriously end up on Facebook anyway.

So, too lazy to separate the signal from the noise, I decided to just go with CollegeBoard’s own information and nothing else.

“Hey, what time should we wake you up for the SAT?”

I swiveled my chair to face my father. “Six?”

He swept a cursory glance around my desk.

“Done studying already? It’s only four in the afternoon.”

“I finished the CollegeBoard blue book.”

“But what about math? You don’t like math. Shouldn’t you study a little more?”

I shrugged. “I finished all the problems in the blue book.”

Our eyes met for three seconds.

“Suit yourself, then. Get a good night’s rest.”

Three weeks later, my father didn’t even look up from his phone when I told him that I would need more prep books.

“Your scores were bad?” he asked.

“On the whole, decent-ish?”

“Well, I can’t help you much with English. How was your math score?” 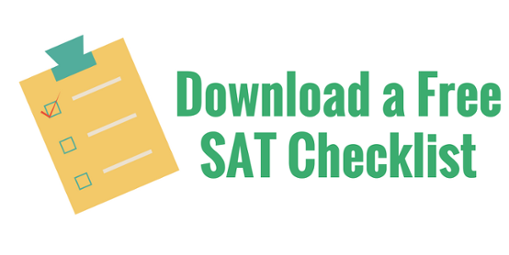 The second time I took the SAT, I made sure to prepare everything just right. I had made sure to stay up late enough to study as much as I could, but tuck in early enough so that I wouldn’t be a zombie in the morning. I made sure to caffeinate just enough for me to be alert without getting the jitters or seeing sounds. I arrived at the testing site comfortably anxious, enough so that I’d get that shot of adrenaline, but not enough so that I’d suddenly crumple into fetal position halfway through the grid-in section.

As I walked through the parking lot of the testing site towards the long line for registration, I heard someone call my name. I looked up to see Rashid waving at me from the very end of the line.

Rashid was one of the math geniuses of our year; his calculus scores were always perfect, and he could probably solve logic puzzles in his sleep. He was also friendly, approachable, and the ultimate prankster, so at the very least, he’d make this long and boring line feel a lot less long and boring.

“Hey, what’s up?” he asked as I came to stand behind him.

“I’m so not feeling this test thing,” I said. “A little nervous. You?”

“But the math section though. It’s gonna tear me a new one, no joke.”

“Yo, at least you’re good at English. You only have to worry about one section.”

He points to himself.

“I have to worry about two.”

English wasn’t Rashid’s strong point. Despite taking all the AP science and math classes, he had chosen to stay away from both AP English classes. He’d asked me for help with his writing many times, but to be fair, I was shameless about asking him for math help. It was a pretty symbiotic relationship.

“Yeah, that’s super messed up. They should’ve just kept it where both English and math were worth the same.”

Rashid shrugged. “Oh well – it’s whatever. Oh, dude. Did you hear what happened to Derrick?”

We spent the rest of the line talking about people’s track records for asking other people to homecoming, but I could tell that Rashid was never really at ease. Because of this, neither was I. And I never really noticed that it was my turn to sign in until the middle-aged woman seated behind the plastic table made eye contact with me.

“Next!” she barked. “Identification, please.”

I reached into my bag for my wallet, only to find my three sharpened number two pencils, Casio, granola bar, water bottle, and eraser (in that order). The woman looked on judgmentally as I finally lifted my head.

“I must’ve left it in the car,” I said sheepishly.

“Well,” she said, returning to her papers. “You’ve got to go get it and line back up again.”

At that moment, I don’t know which would have struck an onlooker the most: the fact that a 5’3” girl, who normally managed a ten-minute mile on a good day, was trying her best at an Usain Bolt impression across the parking lot; Rashid’s loud “Run, Forrest, run!” followed by soul-cleansing guffaws; or the registration woman’s look of bewildered disappointment which clearly conveyed her hope that the future of this nation would not rest upon the girl who forgot to take her driver’s license to the SAT.

The day I got my November scores was the day I was free. For a moment, I was Frodo after he destroyed the One Ring; I was Dobby catching Lucius Malfoy’s sock. As I later found out at the end of the year when they were handing out senior awards, I had scored the highest out of my entire graduating class – a dark horse that beat out both valedictorians and the salutatorian.

And that summer, right before I left for college, I was telling all of the current seniors about all of the mistakes I made along the way, and how perseverance was important, and not to worry if things don’t go perfectly throughout SAT season because you can recover from most mistakes. It felt great (at least, for a little while) to be that person who proved to the world that imperfection was okay, and that your mistakes are just part of the journey.

While I still believe that’s all sound advice for any high schooler, I was a little disappointed when I actually got to college. Turns out, nobody even cares about the mistakes you made on your way to the score of your dreams. In fact, nobody really cares at all what you scored, and college really can’t tell you this enough.

For instance, there was my intro to statistics and research design class:

“No, Matthew, SAT scores are not strongly correlated to college performance. There’ve been studies; there’s only about a 10% correlation, which depending on how you define your study, can be statistically insignificant.”

And my first-ever meeting with a college career counselor about my resume:

“Hmm, this looks pretty solid, but take your test scores off. Employers – especially those in the tech industry – really don’t want to see them. Like, you might be able to get away with it if you’re a first-semester freshman, but no test scores should show up on your resume after you finish freshman year unless the company explicitly asks for it. And believe me, 99.9% of companies won’t, and the 0.1% of companies left over you probably don’t want to work for anyway.”

Judging from words of the director of talent recruitment who ended up hiring me as a summer intern (sans test scores on my resume), the counselor was right:

“You and everyone else I hired this summer are rockstars. And really, it’s not about the numbers at all; the manager who you’ll be working under really liked your personality, work ethic, and writing style. I personally believe that too – that a good candidate isn’t just one who looks good on paper. It’s someone who you can see in the office with you and on the same team. It’s about finding a good person, not a good resume.”

I mean, it’s a little underwhelming to acknowledge that all my hours and hours of hard work and stress and caffeine and flashcards aren’t worth much after I get into college. But it also means that I won’t have to constantly relive that one time I accidentally wrote every instance of “defalcate” as “defecate” in an SAT essay, so really – I have nothing to complain about.

My family had been preparing to move from one side of the country to the other, and for the sake of everyone’s sanity, my mother had insisted on traveling light. Everything that we didn’t absolutely need or want had to either be donated, recycled, or thrown away.

One day, my mother had been passing by my “throw away” pile when a box caught her eye. She stopped to open it.

“Hey, these are all your SAT prep books. You’re throwing these away?”

I peered out of my room. “Yeah. The SAT’s changed. Nobody will be able to use them anyway.”

“Justin can still use them as practice for his language and math skills. We’re keeping them.”

Because my father had lost our paper shredder a good few years back and always put off buying a new one, we had also been putting off destroying our sensitive papers for about the same length of time. Now, with less than a week until moving day and still no paper shredder, my mother decided that the speediest way to make these files unreadable was to burn them.

It was like a less fun version of a campfire, where instead of s’mores and marshmallows, I roasted old credit statements and tax reports – both of which are much less delicious.

“Jeanette, can you get me the next set of papers to burn?”

“These are your SAT books.”

“I know. They remind me of bad times and they’re useless.”

“We’re not getting rid of them. Put them back.”

(They would’ve been such a pleasure to burn.)

One of the only pieces of furniture we had taken with us was my parents’ bed; my dad had bought new furniture for the rest of the rooms, as the furniture we had was too old (the bed I had been sleeping in was older than me). In order to fit their bed into the moving truck, we had to take it apart ourselves and then reassemble it when we got to our new place.

While reassembling it at our new place, my dad realized that one of the small supporting pegs that held up the bottom of the bed was missing. After a thorough sweep of the garage and the whole house, we had no choice but to conclude that it must either still be in the moving truck (which was long gone) or back in California.

“Well, we need something to hold up this bed, for now.”

“This flashlight?” I suggested.

“There’s not enough of it.”