Application essays – the bane of every applicant’s existence. At this point, you’ve done the most you can in terms of academics and extracurriculars. Short of winning the lottery (which you can’t even enter because you’re probably not even 18 yet) there’s nothing more on your side you can do to control your future, except for write dozens of scintillating, eloquent, and school-specific supplemental essays.

It’s a monumental task that’s prone to procrastination. I know, because I was where a lot of you are right now: approaching winter break, viewing it as a virtually uninterrupted time to buckle down and get stuff done – and by stuff, I mean college application essays.

Somehow, the two weeks slip away from you, and before you know it it’s a day or two before the deadlines, and you have 20 different essays to write. You frantically toss together a word salad that is multi-syllabic enough to seem impressive, and vague enough to be applicable to several schools at once, and versatile enough to be trimmed down or beefed up to fulfill various word limit requirements.

Upon submitting, however, you’re hit with an immediate realization: what if you don’t get into any school because of your hastily-put-together essays? At least, those were the thoughts racing through my head. Although I was lucky with the application process, I definitely have my regrets.

Here are five things I would do differently, given a chance to reapply:

1. Be specific: always write with the admissions officer in mind.

These folks hold your future in the palm of their hand. (highereducation.org)

This is especially applicable when you are mass-writing essays, especially “Why ____ (insert school name)” essays. There was a point in every essay-writing endeavor where I began to feel as if I was punching in a formula: “I find ____ (insert school name) incredibly appealing, because of the state-of-the-art research opportunities, varied extracurriculars, and diverse student body.”

I would hastily do a Google search for professors whose research seemed vaguely applicable to my interests to name drop them in my essay; the extracurricular activities that corresponded to those I did in high school: the name of the school’s orchestra and newspaper; as well as the demographics of the student population.

Although my essays ended up being fairly factual, the were also incredibly formulaic. I didn’t consider the fact that admissions officers, reading through thousands if not tens of thousands of essays each admissions season, would also perceive them this way.

If I could go back and change this, I would instead focus on a specific aspect of each school that I felt particularly passionate about. If it was a certain club, or research opportunity, or class, I would do the requisite investigation and allow that passion to shine through within my essay, relating that aspect of the school to my own personal experiences.

2. Be conversational: write what you would want to read.

It’s not that complicated.

I prided myself on my “professional” writing style and my ability to utilize my vast vocabulary (thanks to a rather ardent love of reading) to spruce up even the most boring of essay topics.

However, I was so focused on making my essay sound impressive that the content was often left by the wayside. In addition, the essay was so formally phrased, and so full of phrases and sentence structures that tried their best to sound impressive, that the entire thing became vaguely unapproachable.

If I could do it all over again, I would write the way I talked in more elevated diction – and edit each essay by first reading it out loud. While the vocabulary would remain varied, it would be more approachable. I would utilize contractions, colloquialisms, and imitate speech patterns. I didn’t realize that while it might sound impressive in my head, reading my essay could be a chore. There is a difference between telling and conveying.

3. Be early: prepare for unforeseen circumstances.

I only encountered this once (fortunately), but when I went to submit my application late in the evening on the deadline of when the application was due (please don’t judge me), the website crashed. I frantically refreshed the page – along with hundreds of other applicants, I’m sure – which only exacerbated the entire fiasco.

While the school emailed all the applicants during the early hours of the morning apologizing for the inconvenience and granting all of us extensions, I had other friends who weren’t so fortunate and failed to submit applications to several schools due to missed deadlines from technical difficulties.

What we failed to realize was that many applications with school-specific applicant portals (i.e. ones that don’t use the Common Application or another streamlined application site and service) aren’t necessarily prepared for the massive floods of entries within such a short frame of time.

If I had simply submitted the essays the day before, essays I had already written, a potential disaster could have been avoided.

4. Be proactive: pre-write, because you never have as much time as you think you do.

I thought I had pre-written plenty of essays. I had finished my Common App personal statement in August (before the Common App was even open), I had formulated my school list and placed all the prompts into separate folders. I had slogged my way through several of the longer essays that were more free-form.

I thought writing 10 or so 250-word prompts, filling out several short-answer questions, and plugging and chugging several “Why such-and-such school” essays in three weeks would be a piece of cake. I had never in my life been so wrong about anything, or so grossly overestimated my own abilities.

What I didn’t know was that writing essays back to back would turn my brain to mush and result in permanent hair loss due to the frustrated tugging I subjected it to. I was far more inefficient than if I had taken an hour or so a night to write one over several days. The task seemed virtually insurmountable when I considered completing it over break, especially since my sister was finally home for break and I would much rather have been hanging out with her.

If I could do it all over again, I would definitely space out each essay over several days, instead of leaving them to a concentrated three-week period of writing. It would save my sanity, my premature balding, and my sacred time with family members during the holiday season.

5. Be unique: being memorable is more valuable than blending in.

When the villain from Dr. Strange tells you to be strange, you should listen to him.

Looking back, I realize how focused I was writing the essays I thought the colleges wanted to read, rather than just expressing my personality through my words. What I didn’t realize was that many other students thought the same thing; the result of writing that way is often an essay that’s generic in the extreme.

American universities require college essays, which are truly a unique opportunity that not all students in all countries have. When applying to colleges and universities in the U.S., applicants are given the valuable liberty to provide a facet of oneself outside of transcripts, test scores, and academia through narrative expression. Thus, it’s important to take advantage of this opportunity to the fullest.

If I could do it all over again, I would be brave and take risks with not only my essay topics, but also the style with which I wrote essays. I realized that many prompts might appear limiting, but could be answered in non-traditional fashions.

While clichés should be avoided within college essays, I realized that the age-old adage of “no pain no gain” is incredibly applicable to the college application process. Without the proper research, time, dedication, and personal risk, an application is lukewarm at best.

If I could do it all over again, I would make it an introspective process, instead of a burdensome one. 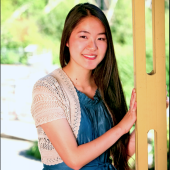