A consequence of spending many years in school is that, even now, I think of autumn as a time for new beginnings. Eleven years ago this fall, I left home for the first time, entered an entirely new environment, and got started on four years that would change and shape my life in every way. In the moment, college orientation felt like a whirlwind that was over before I knew it, but in retrospect, it was an intensely formative time.

For me, one of the most important aspects of my college orientation was the social opportunity it provided. I was pretty shy in high school, but the activities I encountered during orientation helped me to not only get to know my classmates, but also to begin relationships that would become incredibly important to me. Even now, many of the people who are dearest to me are people I met during those first few days and weeks of college.

I don’t mean to make orientation a source of stress—or greater stress than it already presents. You shouldn’t feel pressured to make instant friends or forge lasting connections right away. (You definitely don’t have to end up marrying someone who lived in your first-year dorm, like I did.) Also, of course, you’ll have many other opportunities to make friends during college and in the years to come, so if your orientation doesn’t go well, you’re by no means out of luck.

However, your college orientation presents an especially rich opportunity for you to socialize with others who, just like you, are looking for new friends and new experiences. There’s a very good reason for that: colleges actively engineer these orientation activities to help you meet and bond with your classmates. Here’s how they do it—and how you can make the most of this unique season of your life.

What to Expect from College Orientation (and Beyond)

At many colleges, first-years get to move into their dorms several days or more in advance of the rest of that college’s students. What happens in between move-in day and the first day of classes is known as your orientation. (Some colleges may hold an orientation event earlier in the summer, before you move in, in addition to or instead of this time before classes start.)

What you actually do during your college orientation will depend on your school and your field of interest. You’ll likely have some practical matters to attend to, such as information sessions about your student loans or meetings with your academic advisors. You’ll have opportunities to get to know the layout of the campus and map out your daily schedule. You’ll also have other scheduled activities that are really just for fun.

For me, orientation was jam-packed. A major activity fair let me meet and ask questions of people from many different campus groups. An “olympics” of sorts pitted my dorm hallway against other groups of freshmen and let us bond through tug-of-war (and falling in the mud). There were concerts, open houses, parties, group dinners, and every other kind of event you could imagine—all of them intended to help me get to know my fellow students.

College orientation typically only lasts a few days, but much of what I’m talking about here applies more broadly during your first few months of college. As the school year rolls on, you’ll continue to encounter opportunities that are primarily aimed at first-years and are fantastic for meeting new people and exploring new topics.

In the fall, many extracurricular groups will hold introductory meetings to attract new members. A capella groups (a fixture of college campuses) and other performance groups will hold auditions. Eventually, fraternities and sororities will also start to recruit prospective pledges; the timing of the pledge season depends on your college.

You may also find more first-year-specific events available to you through Residential Life or your particular freshman housing block. Throughout my first year, for example, a professor who lived nearby held regular study breaks for students from my dorm, and my RAs also organized a wide variety of group events.

Colleges schedule and provide orientation activities on purpose. Part of this purpose is to get you accustomed to the campus and the rhythms of college life—it’s easier for everyone if you have a few days to learn your way around and get settled. However, orientation is also intended to help you bond with your classmates—to remind you that you’re not just a student attending classes, but also a member of a living community that will be your home for the next four years.

I remember very clearly how I met someone who to this day is one of my dearest friends. I randomly ended up sitting next to him during the opening assembly at orientation with the group from our dorm, so I remembered his face when, the next day, I found myself across campus after dark and nervous about walking back to my dorm alone.

I knew he lived in the same building, so I asked if I could walk with him, and we had a pleasant walk back together. No one could have known then that, years later, he’d end up as one of my bridal attendants, and one of the first people I tell about important events in my life. Remembering that sequence of events always reminds me of how important the environment of a first-year dorm can be.

When a bunch of young people who are all new to the environment get thrown together by chance and circumstance and forced to live in close proximity, it’s inevitable that bonds will form, and these bonds can be extremely strong. The people you come into contact with every day are often the people who will affect your life the most.

My first-year dorm was a place where conditions were especially ideal for incubating friendships. The building was small, so it was possible to know everyone’s name. It was located on the edge of campus, far from other centers of first-year life, so we spent time together and traveled in packs to get home late at night. These factors and others combined to produce a community that was particularly close-knit.

Even speaking more generally, first-year dorms tend to cultivate friendships. Housing for freshman tends to involve a lot of sharing spaces, bumping elbows, and generally interacting with your close neighbors. First-year living is often far from luxurious, but that can actually be a plus—complaining about a shared annoyance or soldiering through the same disadvantages can forge close friendships.

In this sense, the traditional structure of your first year of college actively encourages you to seek out friendships and bond with your fellow first-years. Orientation is your first step on this path, and you’ll likely start out by getting to know the people who are in closest proximity to you.

Being Open to New Experiences

I’m a shy person by nature, and I have a hard time approaching potential new friends. In the years that have passed since my orientation, I’ve become more and more appreciative of the ways in which orientation events made it easier for me to get to know and connect with my new classmates and dorm neighbors.

In order for this to work, however, I had to put in some effort myself, and that meant actually taking advantage of the many events and experiences that were available to me at that time. Your college orientation will offer more social events than you can possibly attend, but you can’t use these opportunities to meet new people unless you actually show up.

Go to that random concert on the college green—even if the musical genre isn’t your favorite and the band turns out to be terrible, the person you trade snarky comments with in the crowd might become your go-to source for new music. Attend a lecture on a topic you didn’t even know existed—someday, it might be your major, and the lecturer might be your trusted advisor.

It’s easy to feel like you know your likes and dislikes when you’re 18, but trust me: there is so much more world out there to explore. In the same way, there are so many more people out there for you to meet, and you never know where and when they might show up.

Obviously, you don’t have to do anything that makes you feel genuinely uncomfortable or unsafe—that’s not what I’m talking about. (Some activities may not interest you for very good reasons!) What I mean is that in your early days of college, it’s worth it to try new things, even things you don’t think you’ll enjoy or find interesting.

If you don’t step out of your comfort zone, you’ll never meet anyone new, and you especially won’t meet people who are different from you. Personally, I think that getting to know people from a wide range of different backgrounds and perspectives is one of the best parts of attending college, but again, that starts with you putting in the work and trying something new.

But What If I Change Later On?

Obviously, friendships formed during your early days at college don’t always last. I remember a number of early parties I attended and lunches I shared with people who I never hung out with again. I changed a great deal in my first year, and my friendships changed as well.

Midway through my first year of college, walking back to the dorm with friends, I remember one of them joking, “Okay, so we’re done making friends now, right? We’ll just stay friends with each other and we won’t have to do any more work.” On one hand, it would be nice to have that kind of security. On the other hand, not all those new friendships were meant to last, and that’s just how it goes.

I also deeply value the people I met later in college, as I joined new student groups, pursued new interests, and gained a better sense of myself and what I wanted out of life. Like I said, your opportunities to meet people don’t end after orientation—they may not be as obvious and accessible, but they still exist.

I know that some of the advice I’ve provided here is easier said than done, particularly if you’re shy or introverted. However, it’s also worth considering. Your college orientation is a time in which many different forces, not least the explicit efforts of your college itself, are coming together to give you the opportunity to create valuable new relationships with your peers. Do what you can to take advantage of this unique chance. 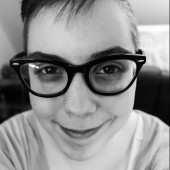