It’s me. College self. We’re three years into college now.

No, I’m not telling you where we got in. That ruins the fun for you.

I can, however, tell you that the English major thing didn’t last. We tried that for a semester and a particularly nasty professor beat the literary sense out of us, so that’s that.

You’re probably just beginning to stress right about now, though. Fair enough — I stressed too. Remember when we thought we’re going to end up going to community college and that scared the living daylights out of us? It’d basically be high school part two, and — gasp — what would all the aunties say? We’d have been the butt of their gossip for weeks…can’t you hear them already?

“Ai yah, such a bright child…tsk-tsk, such a bleak future. Must be the parents.”

“It’s those video games. See, we have to get Andrew to stop playing his games. Otherwise he’ll end up just like her.”

I’m scaring you now, aren’t I? Sorry, that’s not what I meant to do.

(We do still play video games though. I’m leagues better than you now, you filthy casual.)

But no, I’m really not here to stress you out any more. You don’t need my help with that. Instead, I’m here to tell you a few things that might make things easier.

First off, don’t be afraid of the future, past Jeanette. You have no reason to be. You might not know it and you might not want to admit it (you’ve always had a bad habit of putting yourself down), but I know that you could go to community college and still get somewhere amazing in life. Hey — the founder of Virgin Corporation dropped out of high school at sixteen; you’re already more educated than he’ll ever be.

You might not take it from anyone else, but take it from your future self, won’t you? Believe in yourself. You’re an amazing kid. You’ve got a vision, you have drive, and you have an inner perfectionist who’s never quite satisfied. You’ve got what it takes to keep running, and running, and running. You’re wonderfully creative. You’ve got more ideas in you than you’ll ever be able to chase down in your lifetime. Your mind is sharp; your words are gentle. You’ve got a sense of humor that could light up a room, and most of all — you care. At the center of your existence lies a big, beating heart.

You’re going to go far, kid. And this is true regardless of what school you get into, or if you decide to go to college at all. As long as you believe in yourself, you’ll do things that you never thought you could do. For instance — did you know that you were able to pull off a perfect GPA with a full schedule of classes while working 3 jobs and being vice president of a campus magazine? (I didn’t either.)

You might not see it now, kid. But you’ve already got what it takes to succeed, wherever the wind ends up taking you. So don’t be scared, because you have it in you and I know this. Love yourself. Believe in the me that believes in you. 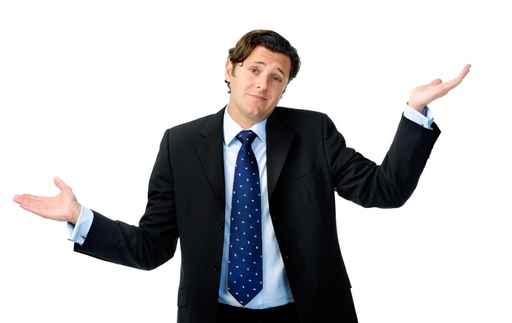 It’s not like you have a choice anyway. (mentalizer.com)

Second off, stop comparing and stop worrying about other people, because comparison is the thief of happiness and sometimes other people are just awful. The aunties and uncles compare you to the other kids, but that doesn’t mean you have to, too. It’s nice that Rachel can play the violin better, but news flash — you’ll stop talking to Rachel after freshman year. People come and go, but you’re the only one that stays.

While it’s great to appreciate all the cool things that other people can do, it’s much better to focus on what you can and still can’t do. Learn from others instead of letting their progress set you back. Put your head down, keep your eyes on the prize, and hustle until you get there.

Because from cradle to grave, you’re the only one that you’ll always have to answer to. Nobody else should come between who you are, who you were, and who you want to be. There are always going to be people better than you and people worse than you, but they aren’t you and will never be you — not even if they tried.

And of course, there’s always going to be people saying mean things too. Things…will hurt. I’m sorry to say that we still haven’t found a way around the hurt. But we do know now that not everything that hurts has a right to hurt us. We’ve learned to really look at ourselves and see if the criticism is valid. We’ve learned to take the valid comments and grow from them, and as best we can, we’ve learned to tune out the unreasonable negativity so it hurts less.

You have a group of friends that would do anything for you (just like you’d do anything for them) — speak to them. Let them know. Find help. Humans are social creatures; we were never meant to weather things alone. The world was a big, scary place for our ancestors, and that’s why we lived in groups. Today, the world is still a big, scary place so please, please, please don’t go it alone. Other people might be able to make it, but you can’t. Trust me, I’ve tried.

Plus, you and me both know that we like hugs too much to hermit it out. (time.com)

You were always so concerned with how other people perceived you, and I’ve learned that you don’t need to be. Live audaciously, make your mistakes, learn from them, laugh about them. Let things happen because you’re only human and you can’t control everything. Love yourself, just like you love other people. Because admissions season will be over in a year, and college will be over in four more. Your career comes after, but even that will eventually be over too. What’ll always be there is you, and the personality you’ve chosen for yourself.

So live for the person you want to become and not some postsecondary institution. You owe me at least that much.

(And if a college out there can truly appreciate the person you want to become, that’s how you know.)