Success Is Not A Clear Cut Path

College acceptances can make you feel like all your dreams have come true. But on the flip side, college rejections can feel like everything you’ve planned for has come crashing down. You may have had your heart set on the one school you were sure would propel you to success, but life has a funny way of derailing your carefully mapped out future.

I may not have been one of the types of people mentioned above (my indecision combined with procrastination makes for very little active planning for my future until I have absolutely no other choice), but I wasn’t immune to the popular opinion that for any type of profession, there’s one path that people should follow for the best career trajectory. However, the people I’ve come across and experiences I’ve had in college have shown me just how winding of a path many take to successfully realizing their aspirations, and no two people’s journeys, or goals, are the same. 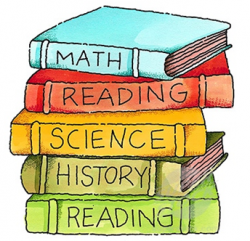 Here are the basics…but what should you choose after that?

One of my first realizations came sometime during first semester of freshman year of college. I was struggling to get through General Chemistry, a class ubiquitous to all those studying life sciences and not easy by any means. Throughout that semester, there was many a time when I regretted not taking AP Chemistry senior year of high school, instead choosing to take AP Physics, a class I ended up neither enjoying nor learning much from.

One of the main reasons I even chose AP Physics in the first place was based on the suggestion of my guidance counselor. According to her, taking AP Physics might look more attractive on my college application than AP Chemistry because fewer girls tended to take AP Physics. Being the stressed junior that I was, I took what she said at face value and chose AP Physics without a second thought.

Looking back, the reasoning for taking AP Physics was arbitrary (not to mention problematic on some levels) and made a lot less sense than taking AP Chemistry instead given my interest in biology. I was so fixated on choosing the classes that would build the best college application that I never stopped to think about what might help me more down the line. I learned the hard way that the classes you take in high school can help set a solid foundation for academic success, and that I shouldn’t have based everything on where I got into college, but rather what to do with myself once I was actually at college. The inspiration for at least half of aspiring doctors

Some schools have a Pre-Medicine major. Most schools, however, only have a premed track, which can be built into a number of majors. My school fell into the latter category, so it was up to me to choose what I would major in. I decided on Biological Sciences, because it seemed like the obvious choice; biology is the epitome of life sciences, so I can’t go wrong, right? Well, it turns out I had to eat my own words.

Don’t get me wrong; biology is a perfectly fine premed major; in fact, it may be the best choice at certain schools. However, when you go to a university as large as mine, where there are entire colleges with dozens of majors dedicated to various aspects of the life sciences, sometimes the choice is a bit more nuanced. In my case, I came to realize that my major required certain classes that I just wasn’t very keen on taking, and they weren’t very kind to my GPA either.

Meanwhile, majors such as Human Biology, Health, and Society or Nutritional Sciences had more interesting classes that not only had a better reputation for grades, but also appealed to me more and seemed more applicable to patient care and clinical sciences. By the time I realized this, it was too late for me to switch majors. If I could do things over again, I may have very well chosen one of the majors mentioned above over Biological Sciences. At the very least, I would have spent more time learning about all the different options available to me as a premed, both during application season and after matriculating into college. The obvious choice is often not the best choice, and a lot of the times a little research and talking will help you learn about options that fit you (and your future) better.

There are many paths to your dream, some winding and others straight, but the end result will still be the same: success!

I worked with another undergraduate student last summer who told me about a chat she once had with a professor at a nearby teaching hospital. This particular professor had a roundabout way of doing things; rather than go straight from undergraduate to medical school, this professor did a postbaccalaureate program, then worked as lab technician for many years, before coming back and attending medical school. Although it took him much longer than his peers to reach the same stage in their respective careers, he did not regret a single decision.

This story came at just the right time, when it seemed like everyone else around me was fast-tracking themselves straight into medical school with no bumps along the way. Knowing that there were alternative paths available soothed some of my worries, not to mention how happy the professor sounded. The student concluded by saying that the most important thing is that the professor absolutely loves what he is doing; the important part is not how he got there, but that he’s there now.

No Change Too Drastic

Computer science may be called a “science,” but as a life sciences person I can’t even begin to make sense of code, much less try to imagine writing whole programs.

During a run in with a fellow freshman in my biology course a semester later, I learned he had switched from majoring in biology to computer science. I was completely thrown for a second, thinking about what a huge leap that was. Was his decision crazy? Maybe a little bit. Drastic? Certainly, at first glance. When I asked him why he had decided to make such a switch, he cited the very biology class that we were in the same study group for as the reason. He realized he wasn’t as interested in biology as he first thought, and his poor grade in the class reflected his lack of interest and effort.

I could understand where he was coming from, having not done all that well in the class myself. I wondered for a time if perhaps he had just given up too easily, that he allowed one bad grade to convince him to give up studying biology and eventually become a doctor. But I shouldn’t have doubted him; a year later, I saw him thriving in the computer science community, sharing his story of switching direction with underclassmen and encouraging them to do what they felt was right for themselves.

He had found his niche, something that the biology major was never able to offer him. Through my fellow classmate, I learned that if you have the passion to pursue something with all your power, you’re going to succeed no matter what career path you choose.

Learning from the Best

Combining science and writing into the perfectly tailored career

This last story is not my own nor someone I know, but rather one I came across during my reading. I first learned about Jane Brody, a New York Times columnist, when I was browsing my college’s website. I learned that she had studied biochemistry in college with the intent of becoming a research scientist, but discovered that her intended career path wasn’t as fulfilling as she initially thought. Instead, Brody took her scientific knowledge and combined it with her time writing for the school paper, using both experiences to become a columnist for NYT at the age of 24.

Since then Brody has found incredible success, writing multiple books and becoming a staple at the NYT. I’ve always heard about people putting their skills to use in a career completely different than what they intended to do, but this was a specific example that really resonated with me. It just goes to show that you never know how one skill will come in handy or link with another hobby to help you discover a career path or a lifelong passion that’s both useful and intellectually stimulating to you.

I hope these five stories have helped widen your perspective on what it means to be “successful,” and that the road to what success means for you is usually not nearly as short nor straight as you may have imagined. Regardless of what you choose to do, know that there is always a world of options available, sometimes in the most unlikely places.